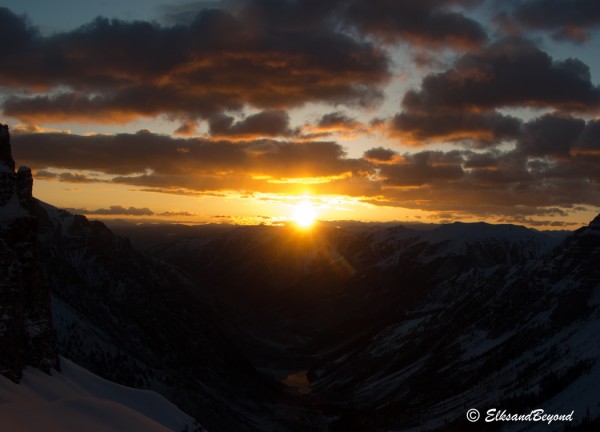 If this was the only good part of the day it would be worth the early wake up.

You don’t know until you go has been a mantra for me this spring. With rain up into some of the abnormally high elevations, it has been hard to expect a good freeze below 12,000 feet on some mornings and some of you usual red flag decision makers are a little different than normal. We left the trailhead walking in shoes and a little before Crater lake we transitioned to an on and off again skin towards the upper rock glacier. The snow below treeline was uninspiring to say the least, but we kept telling ourselves that we would pass the 12,000 foot mark before making a decision to continue up or not. Passing the 12,000 to 12,500 ft mark there was a noticeable change in the snowpack from a saturated mess to a more consolidated wintery snowpack. 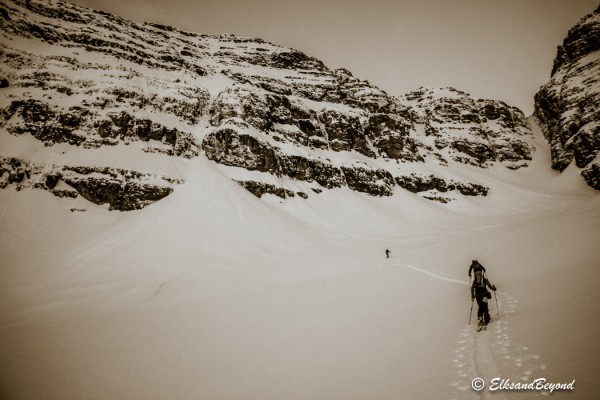 Passing the no freeze zone and noticing that the snow is getting deeper!

Joe King managed to put a skin track in to just below the Miners Ski jump and we made our way just past it and transitioned to crampons. With every step the booting was getting deeper and in the end we wound up chest deep swimming up our couloir to the top. 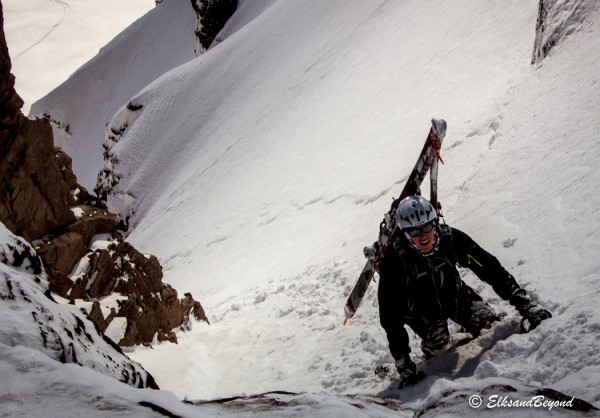 Riley coming up to take his turn. He is a monster in the boot pack, but even he had to take regular breaks. 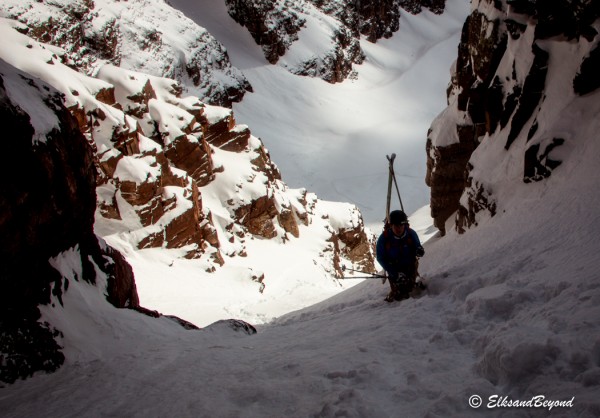 As we continued up the snow is getting deeper, but amazingly there is no slab and just wintery snow with no signs of springtime. 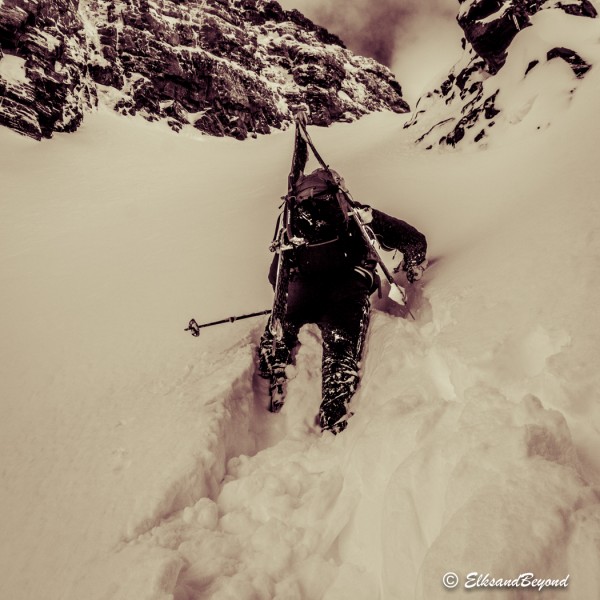 We finally made the ridge line and the trail breaking got easier, but the climbing as expected was more technical. 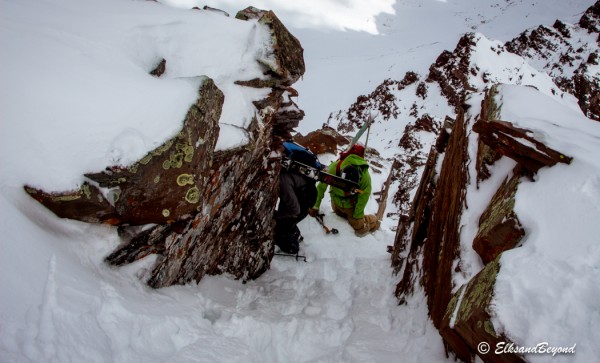 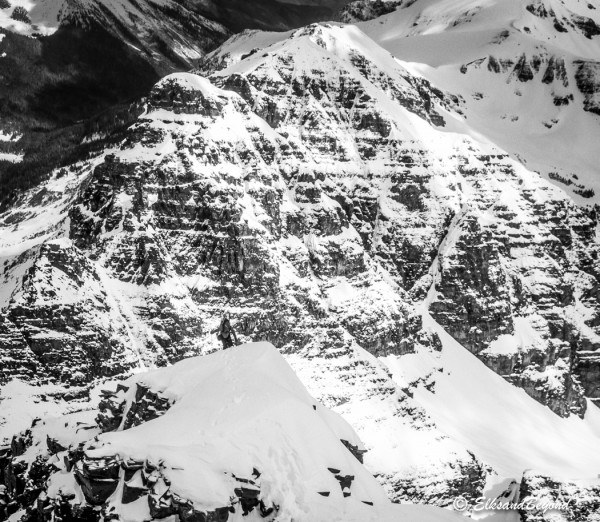 The north west ridge of North Maroon is a truly awesome place. 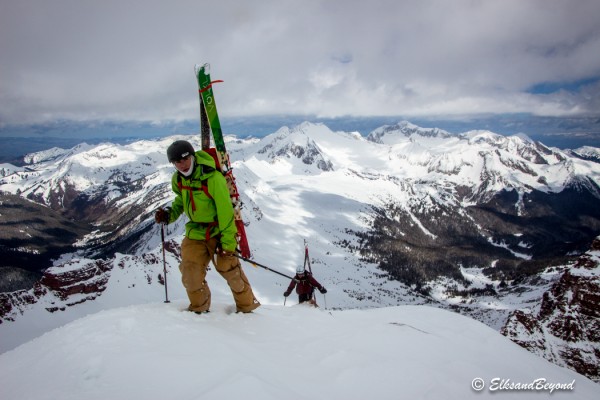 To this point we knew that the face was going to be sloughy for sure, but had no idea just how slabbed up it might be. I took the first few turns off of the summit and while snow was moving, there were no slabs and the snow snow was deep! We managed to ski through the punk rock band and then it was game on for blower turns all the way to the basin below. 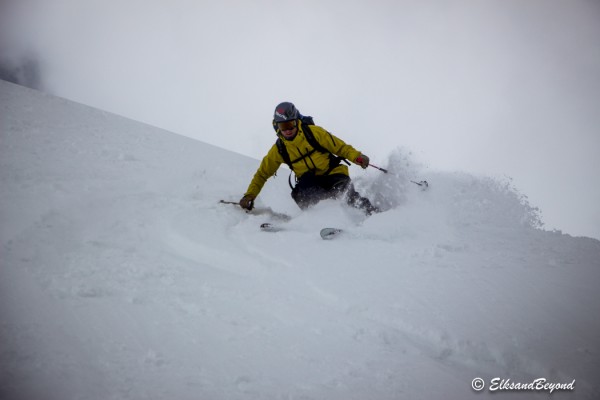 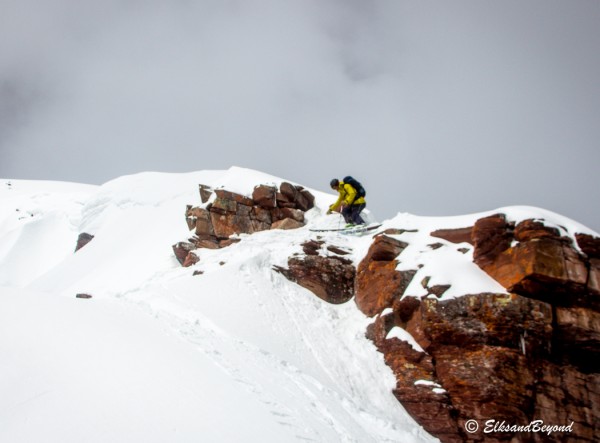 And through the band. 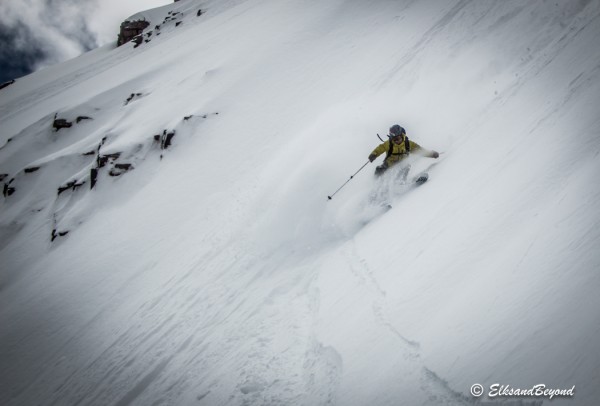 The skiing was all time, some of the best turns any of us have ever had. 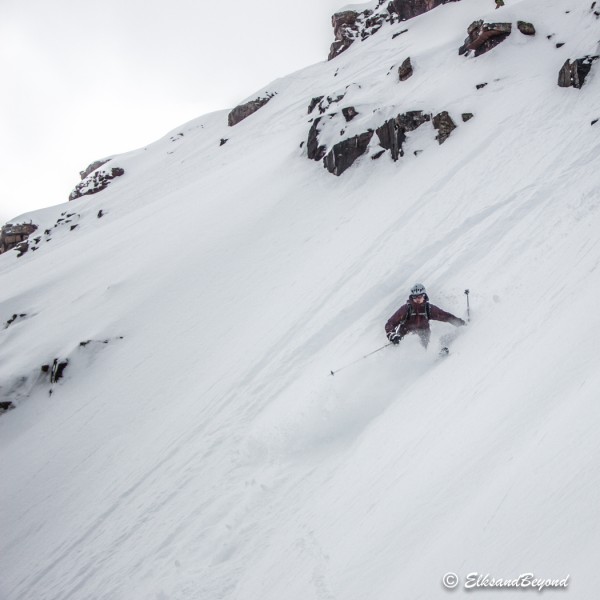 Riley having the time of his life. 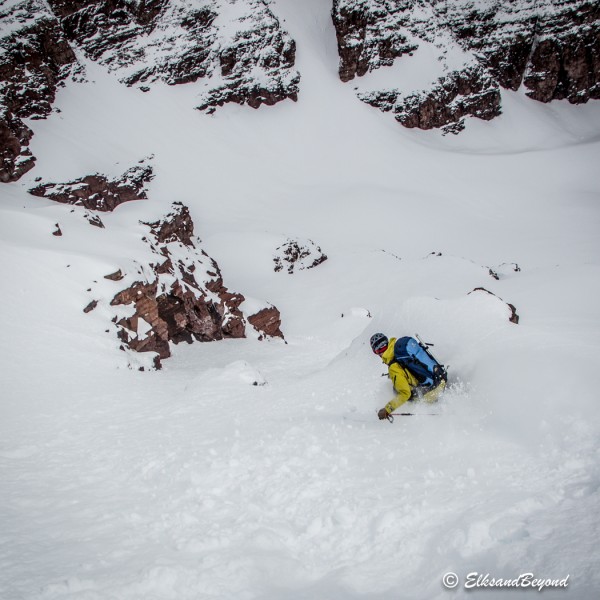 Anton taking it fall line through the choke. 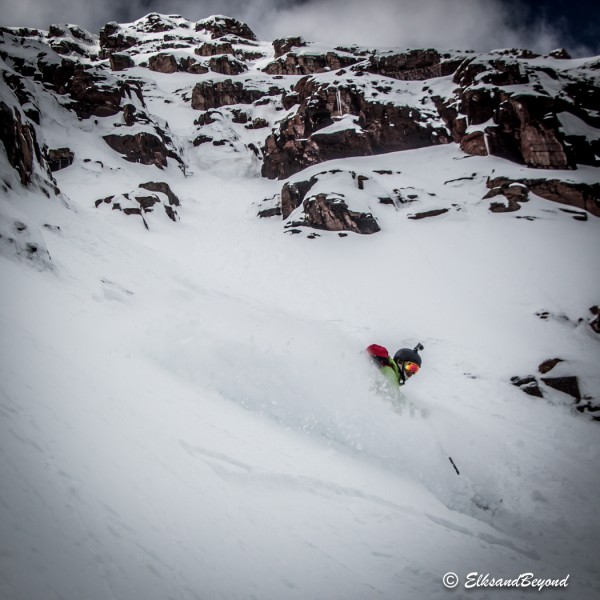 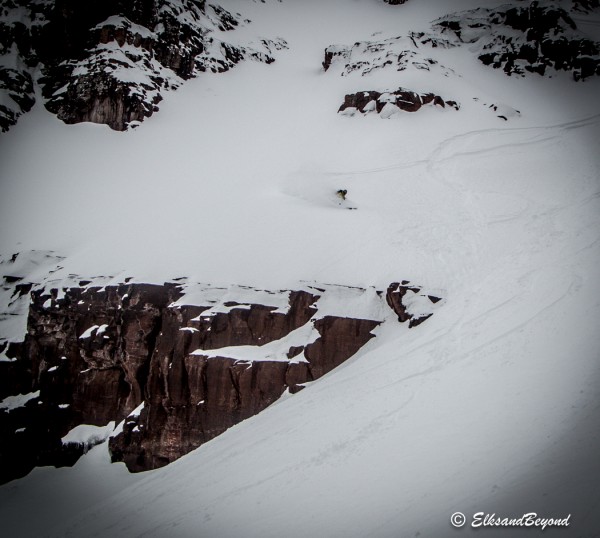 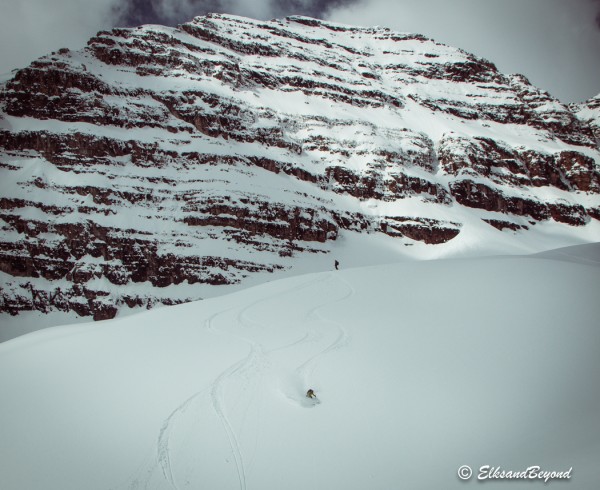 The turns were good all the way to treeline.

Safely back to the parking lot.

That was easily one of the best descents I’ve ever been a part of and a nice lesson in decision making in our odd spring snowpack this year.