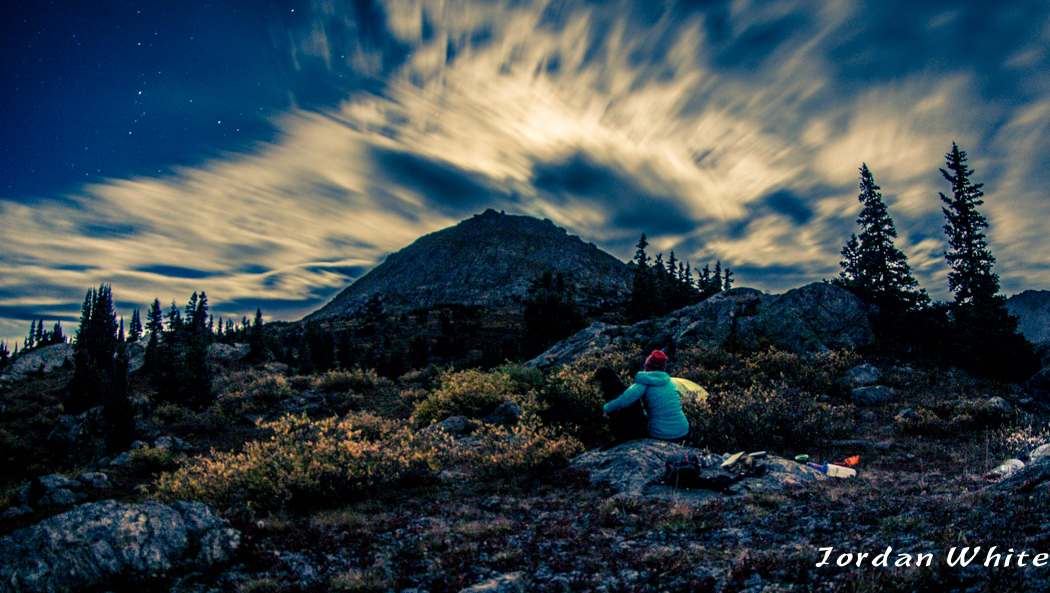 After a long day on a MRA mission Elisabeth and I get a delayed start for a little backpacking trip we had planned. Our plan is to leave Lower Lost Man and camp near the Williams Range the first night and then ascend up and over them to the head of Hunter Creek and walk all the way out to Aspen.

A late start puts us walking around dusk and doing most of the approach in the dark. By the time we get to camp the stars are in a full battle with the clouds. I could have taken pictures forever. We set camp and cook some dinner before falling asleep to the sounds of nothing at all. Its impressive being far from it all. 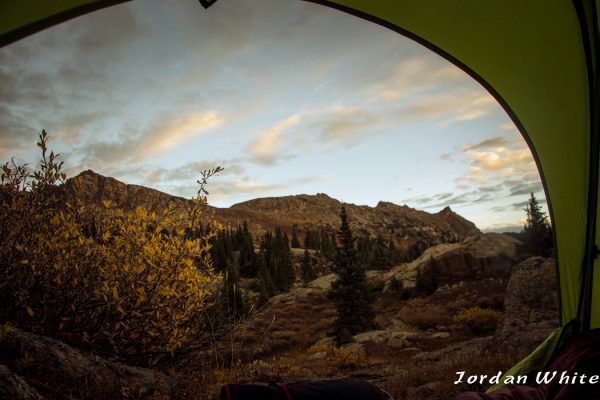 The best kind of wake up call. I sleep better out here than I do in my own bed. 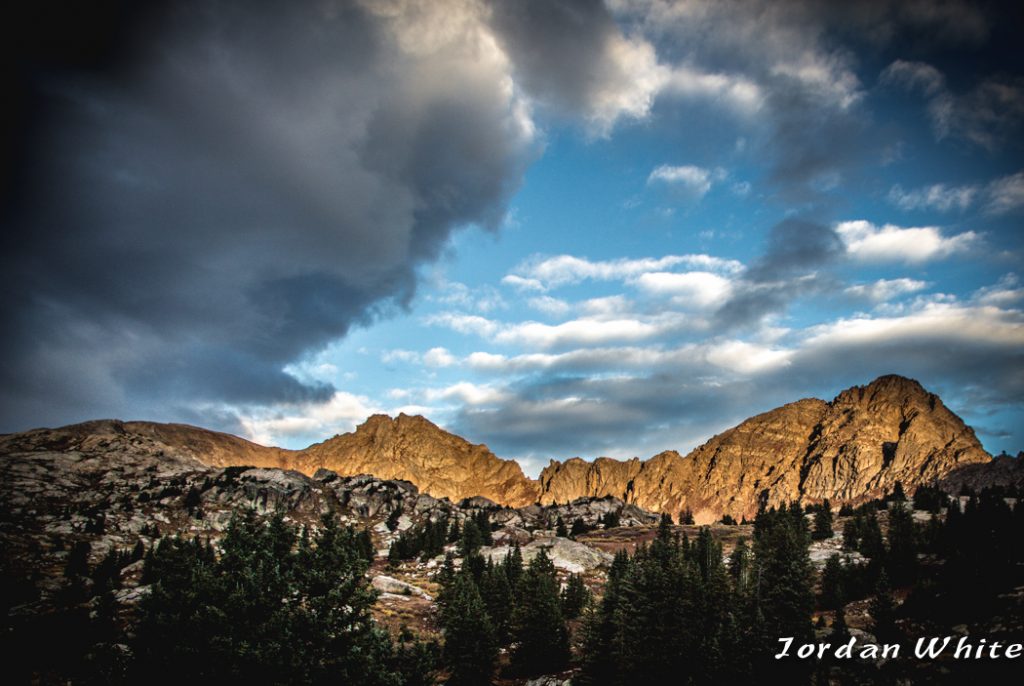 I guess we should get moving here soon.

We pack up camp and head towards the Williams Range. We pass many lakes enroute and eventually settle on a short couloir to gain the ridge on the way to the summit of Williams Peak. The summit ridge provided more than just a bit of excitement. We were glad that we brought Aja’s harness and short rope along the way. 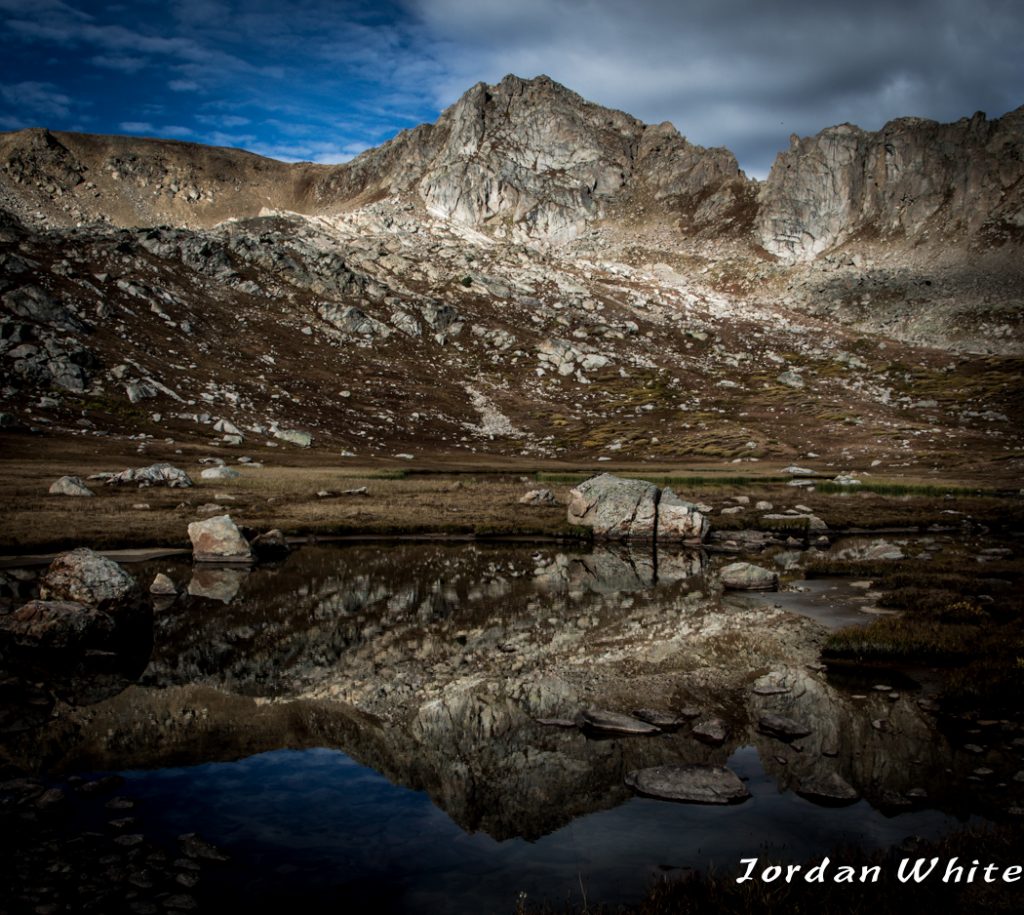 We gained the small notch in the ridge to the right of the peak in the center of the photo. Some of it was loose scree, but for the most part the travel was relatively easy. The summit is up and right out of the photo.

After gaining the ridge via the small notch in the ridge we headed up and right towards the summit of Williams. Its fun climbing mountains without having much beta on them. 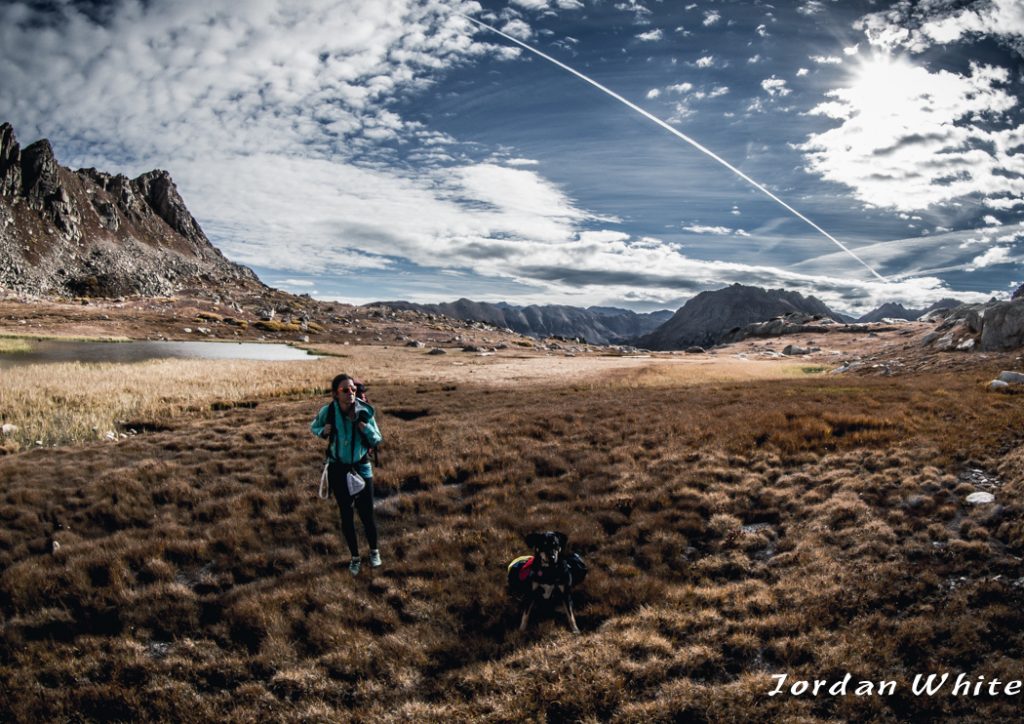 Lots of off trail travel on the way.

Our pictures of the ridge are limited because we felt like we had weather chasing us, so we started to move quickly to get down the other side before it started really coming down. 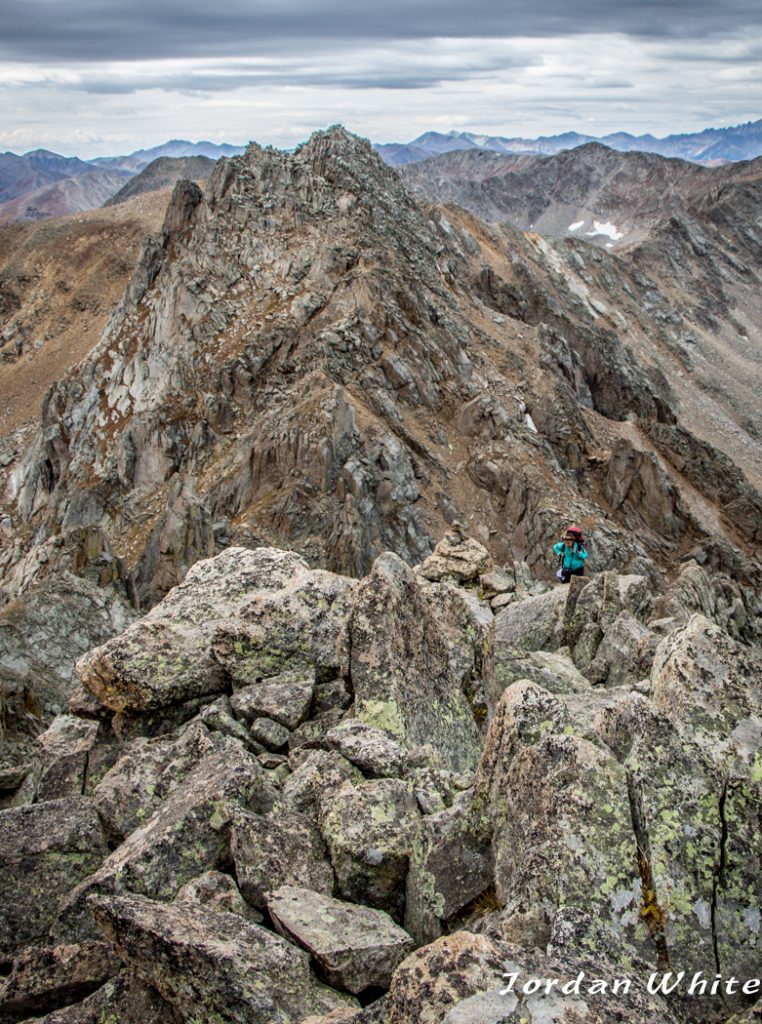 Lots of bouldery walking on the ridgeline. 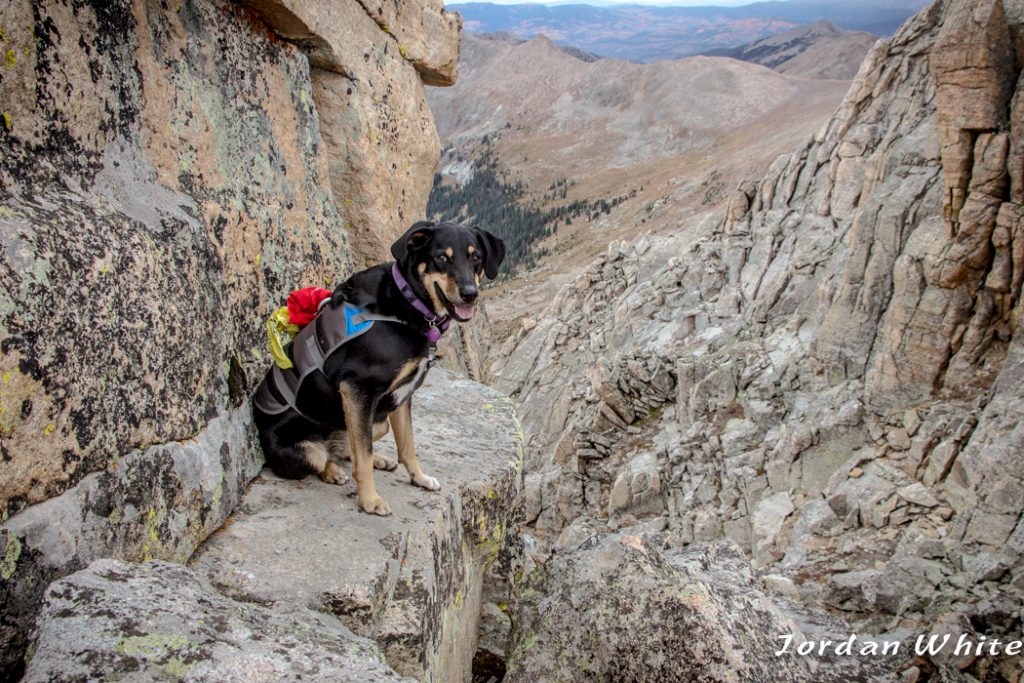 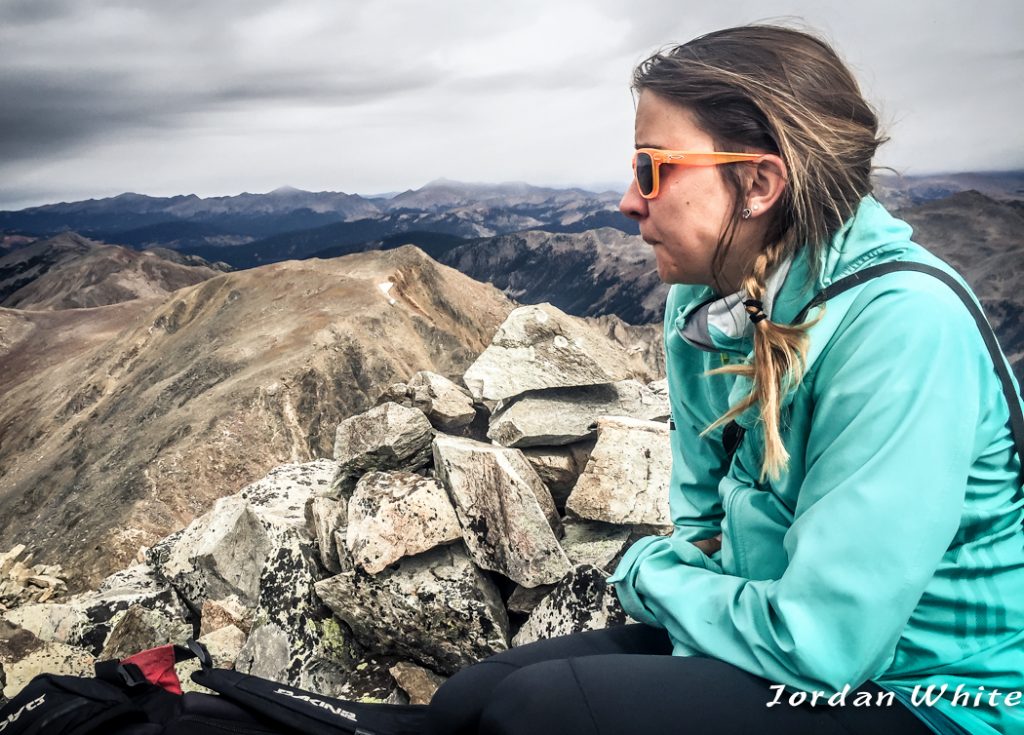 Just a bit chilly up top. 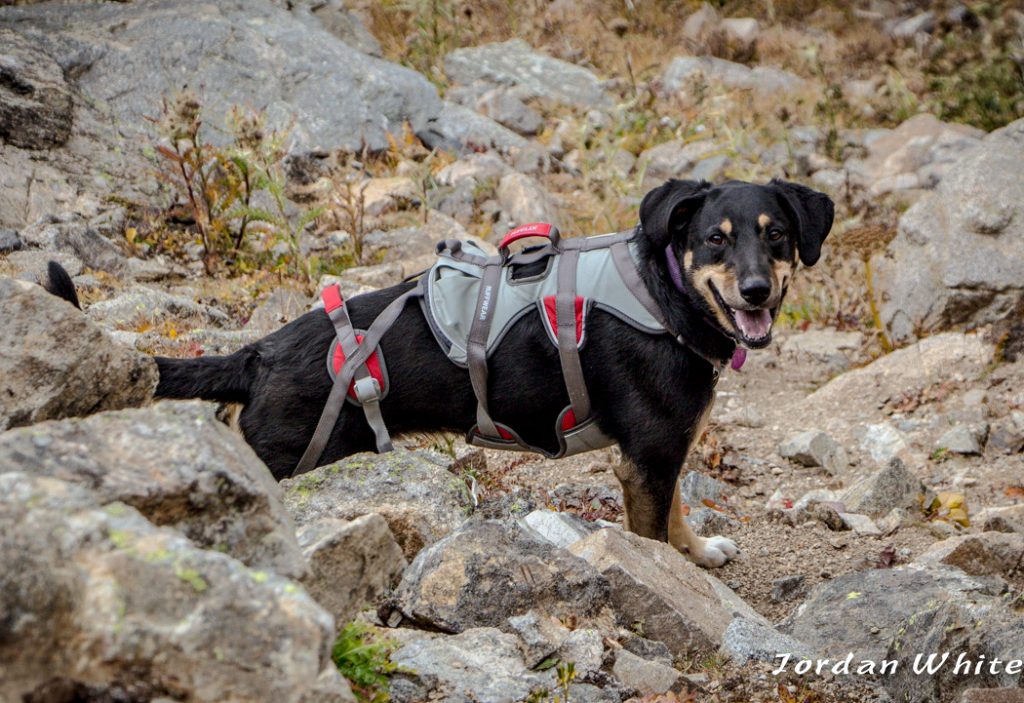 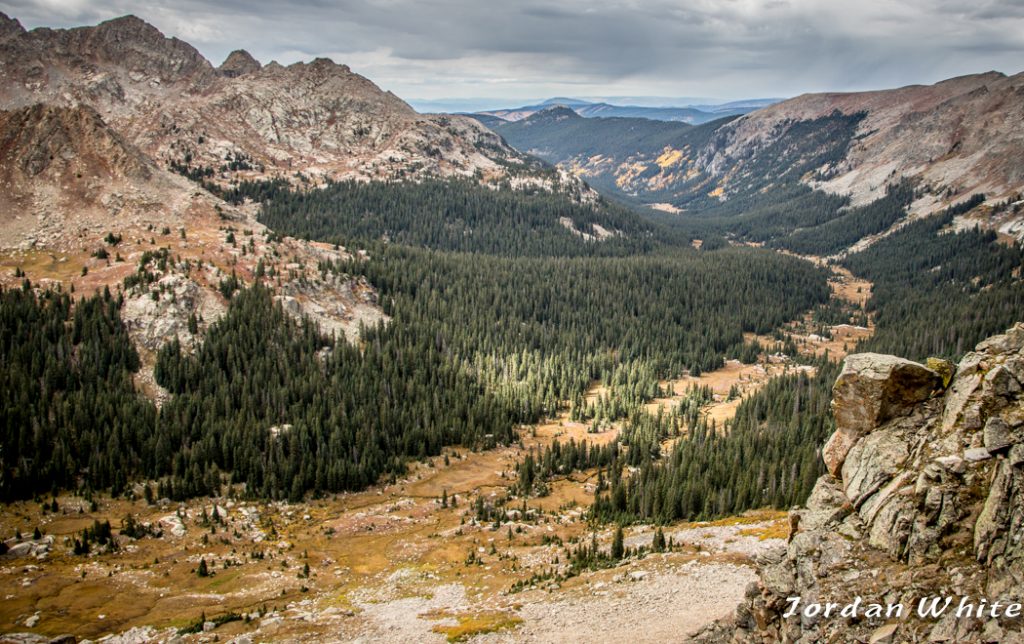 Its a long way to Aspen from here.

The upper stretches of Hunter Creek show almost no signs of human travel. Its a long way out, but its a gorgeous spot to hang out with your best friends. The biggest challenge the whole way down was staying out of the marshes. 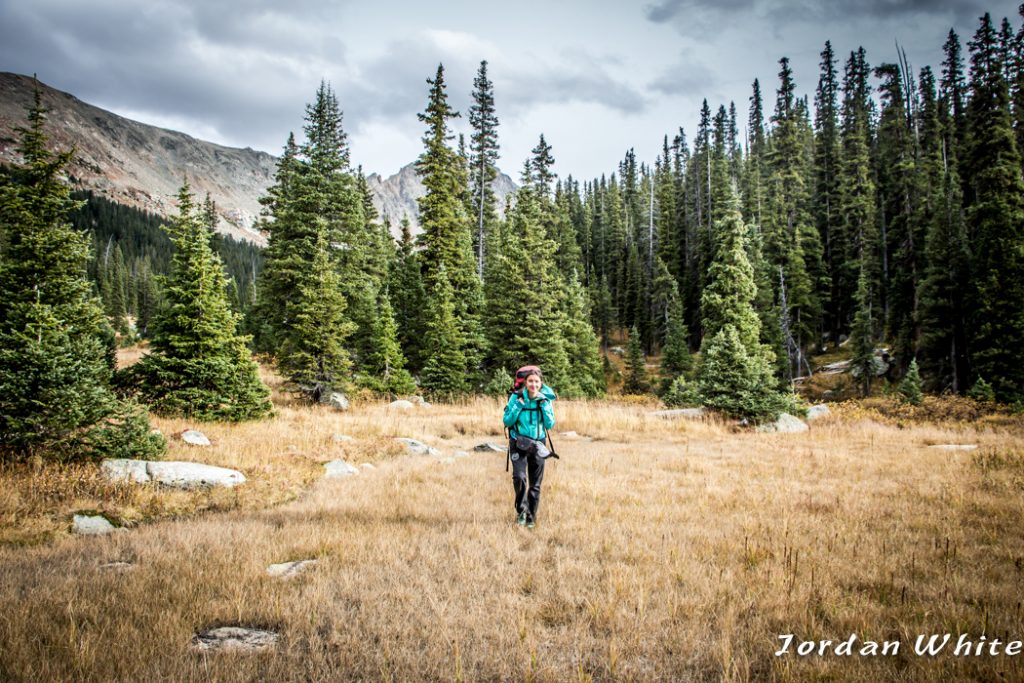 Lots of this sort of walking, meadow after meadow with some bushwhacking interspersed.

The colors are on point. 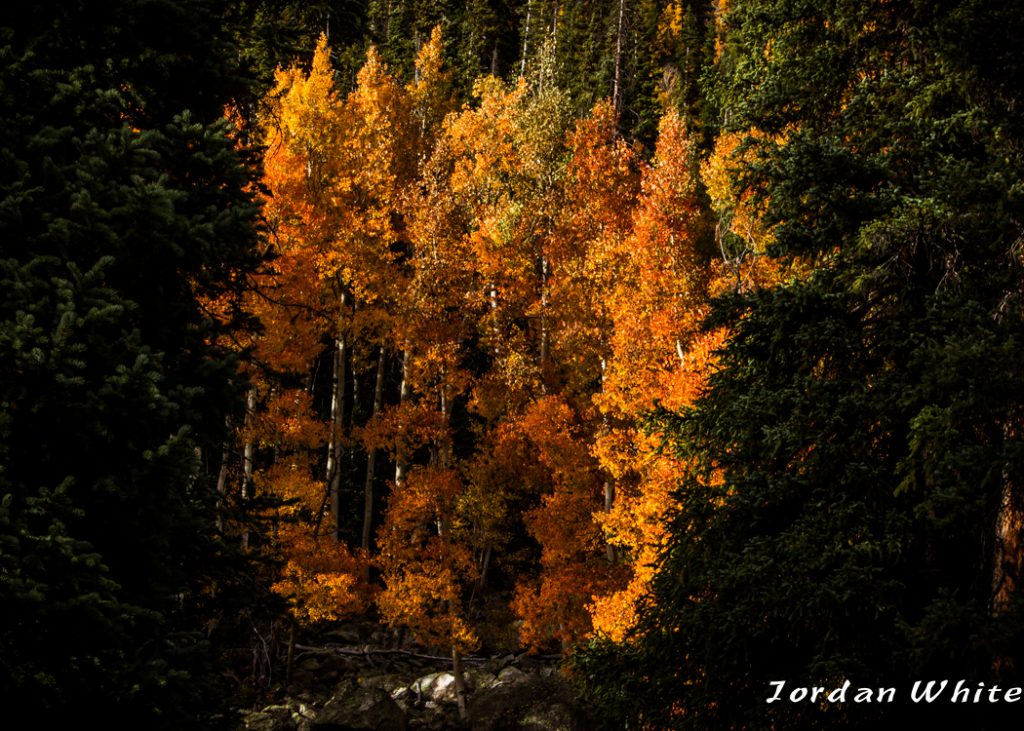 After a bit we pulled in to a nice spot to camp near water and spent the rest of the evening enjoying sunset. 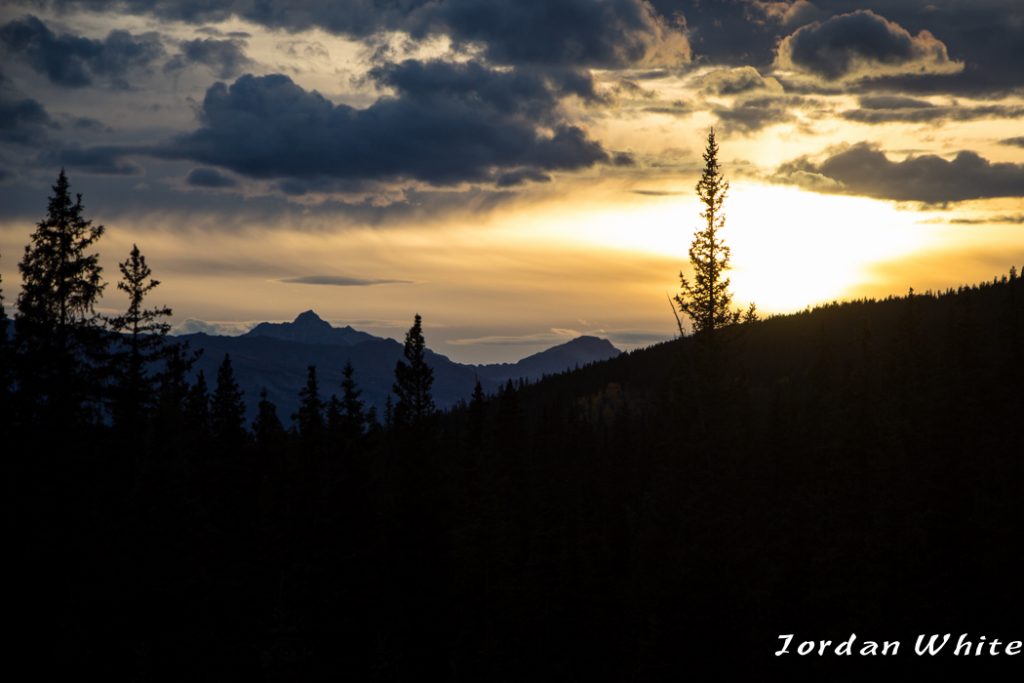 The sun sets on another great day.

Aja got us up early. I think she was ready for her real bed. 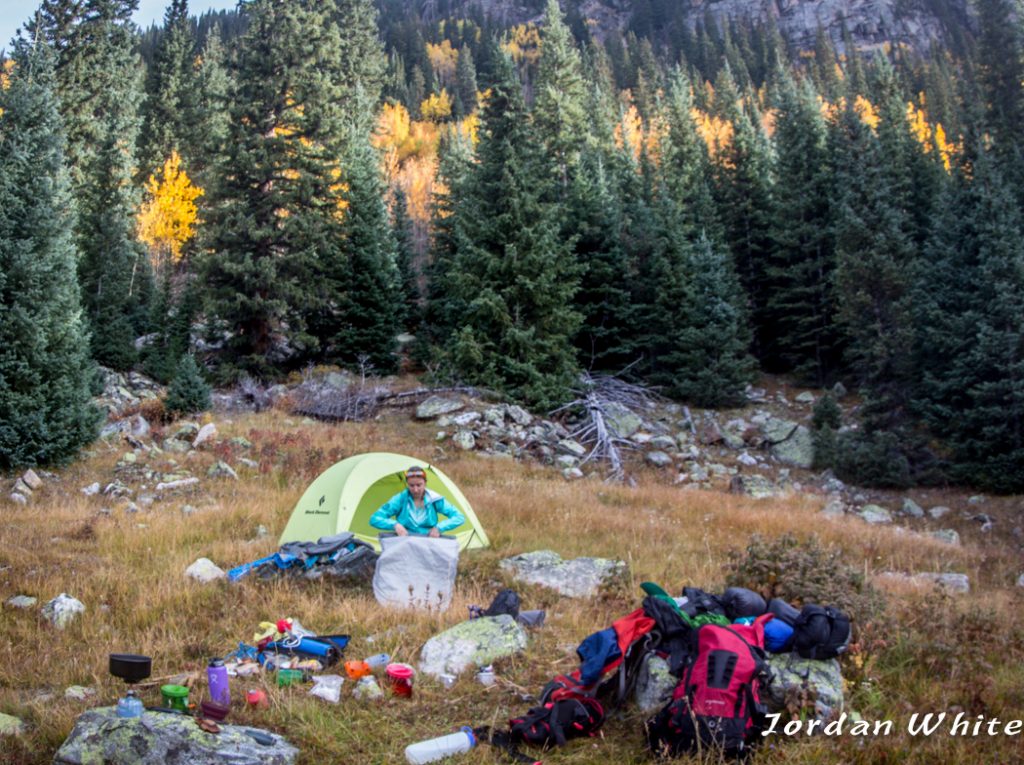 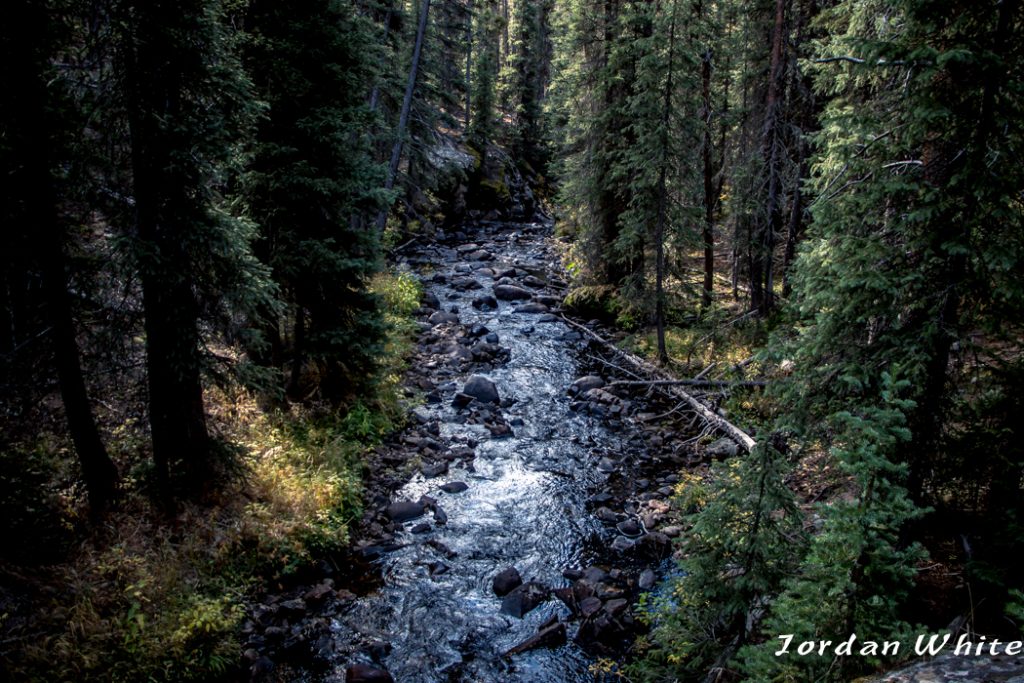 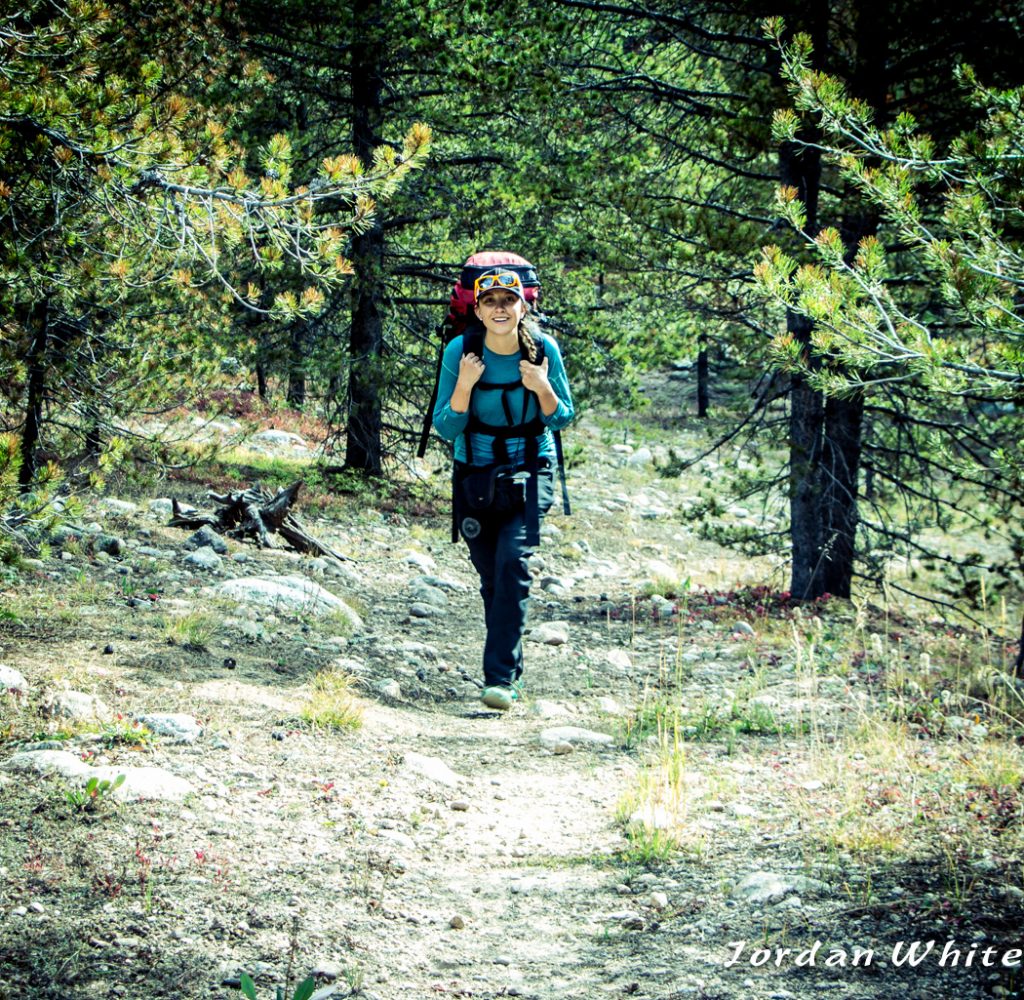 Eventually we caught the midway pass trail as it climbs up out of the valley around thimble rock.

Around the time we hit thimble rock we caught the Midway pass trail out and eventually ended up at the Overlook trail enroute back to Aspen. Around here we wished we had our bikes for the cruise in to town. 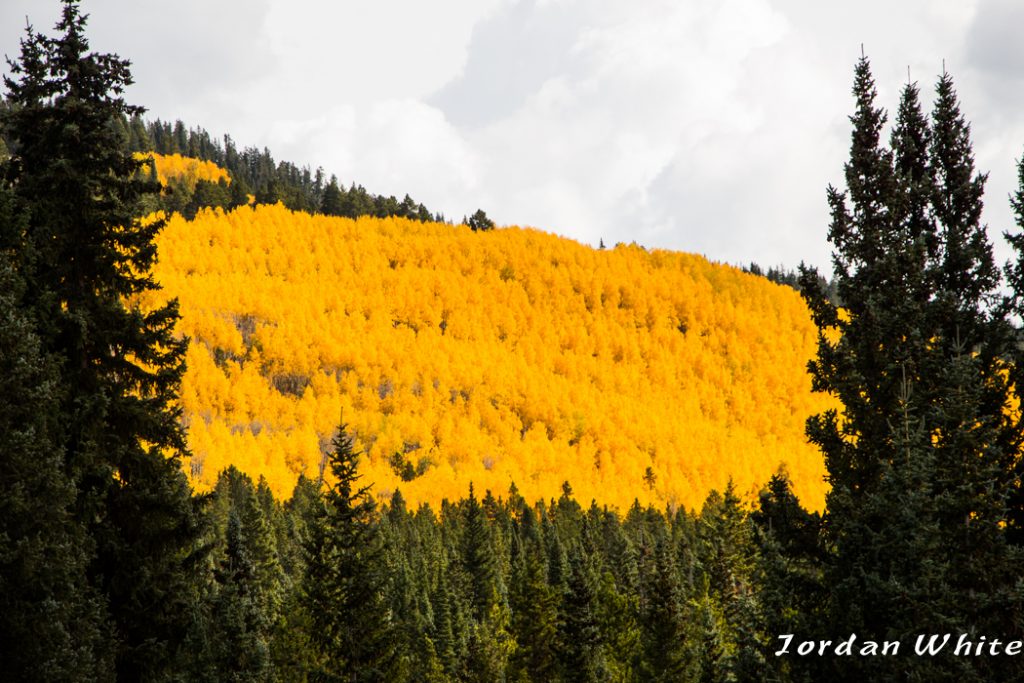 These won’t last long, but damn they look good. 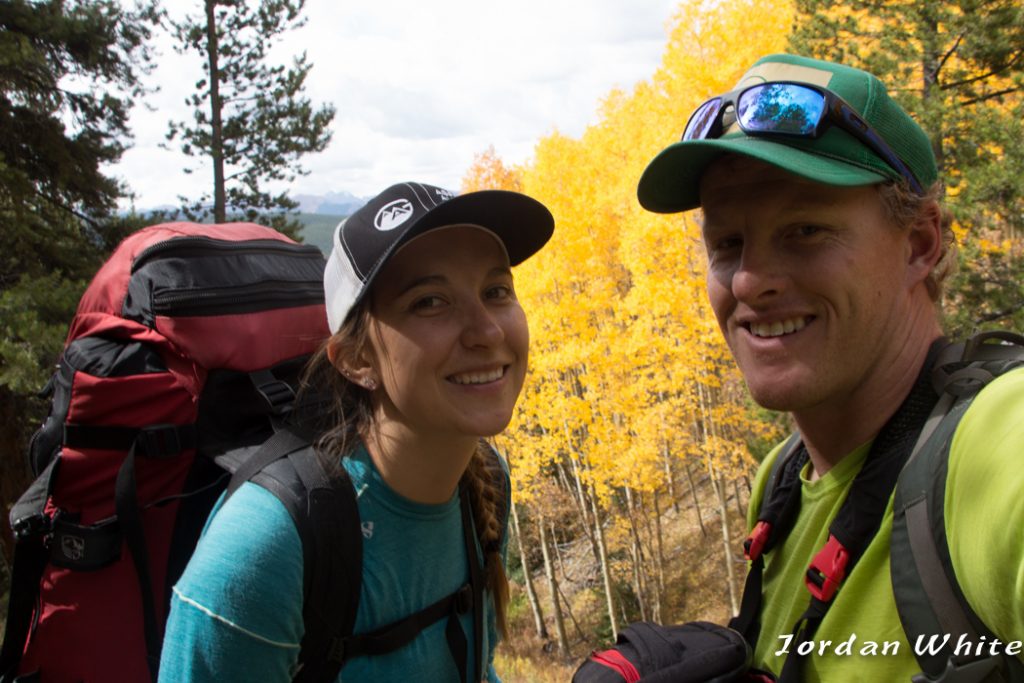 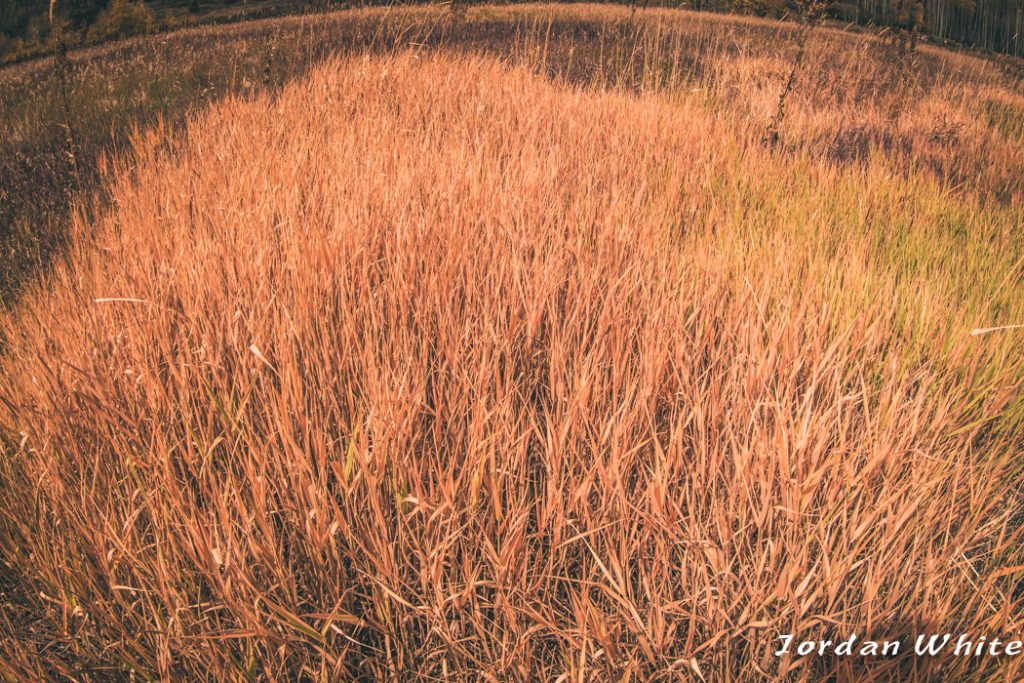 Eventually we hit the valley floor above Aspen and the all familiar ghost town passed on our right. 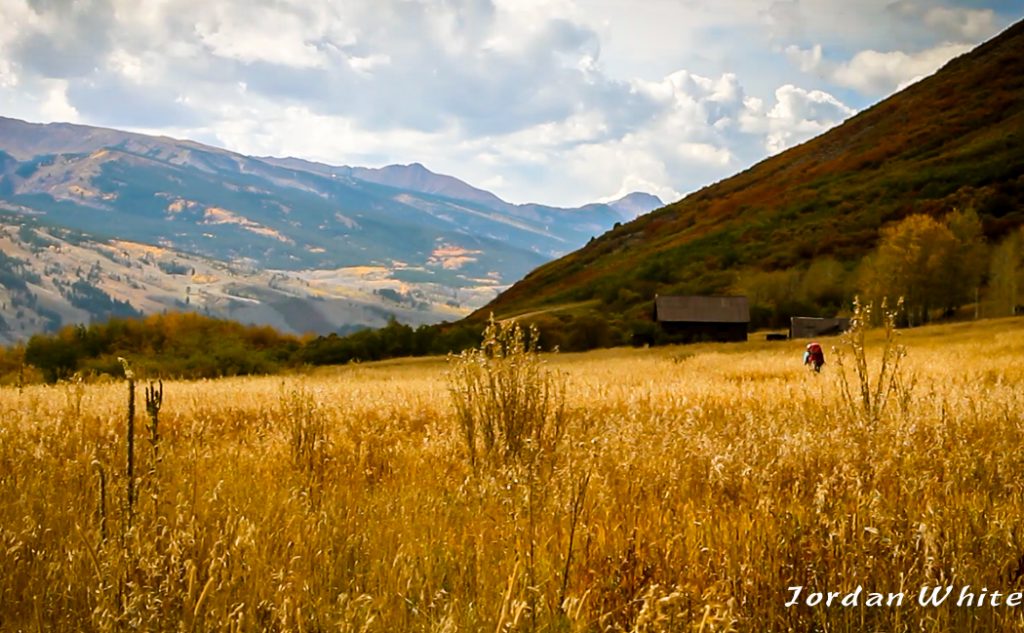 It was off to the bar for Margs after another cool trip through the mountains.

Fall Day on Capitol with AAG