I seem to have misplaced many of my photos from the middle of our trip, so until I can update this (hopefully) words will have to do.

Around 8 am our ride showed up for the day. A ’52 ??????? This guy was a beater, but it gave itself a bit of charm at the same time. Puttering along out of town we passed much of our bike ride from the day before and after about 30 minutes we arrived in the small fishing village of Puerta Esperanza. To say that this place is not a tourist destination is an understatement. Many of the kids were looking at us as though they’d never seen someone like us before (though I’m sure they have). One kid in particular slowly followed us as we walked around town, though he refused a pizza when we offered him one. 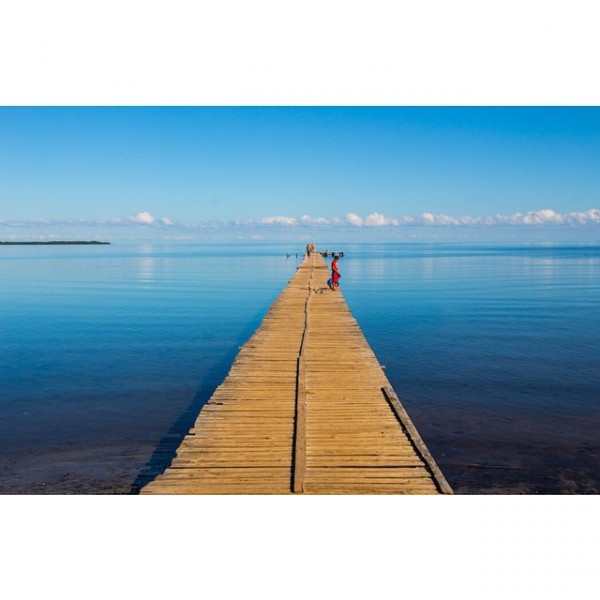 It seemed as usual it worked out well for our cab driver as he lives in Esperanza, and he had a tire that was going flat as we pulled into town, so as we walked around town, he got his tire fixed. We walked out to the end of the fishing pier and watched the crabs run below the service and a couple of local fisherman pulling in enough for the day. Walking back down towards the Main Street we walked down the street with people asking curious questions about where we were from our names, but for a refreshing first time there was no end game or con to the conversations.

Most Cubans get excited when you tell them you are from the states, and most of them really do like the USA, though they don’t care much for our government (who could blame them), or their own. It’s nice that they realize that it is a “problema politica,” and an antiquated one at that. After grabbing a peso pizza we hopped back in the old ?????? and we were off to Cayo Jutias.

The road between Puerta Esperanza and Cayo Jutias may be the worst we encountered in Cuba. It made no difference here that the ????? couldn’t make it much over 50 km/hr, potholes, long sections of unpaved, washed out road kept the going slow. I wish I could say that it made up for it with great views, but the road is a clean cut through some pretty serious forest, so it is pretty much just a swath of trees. After about and hour and a half though we finally hit a better road in Santa Lucia and the going got a little bit faster. After a bit we hit the narrow causeway that leads out to the arc of a beach. We passed the lighthouse built by the US in 1902 and around the next corner arrived at one of the more beautiful beaches I’ve ever seen.

Cayo Jutias is named for a species of tree rat that is native to the area. Growing right up to the edge of the beach and in many places into the water are mangrove trees interspersed with palm trees. The water and sand itself is of the crystal light blue and white that you imagine when you think of the perfect beach, but the lack of development and clear cutting gives it a much natural feel if you just walk around the corner from the thatched roofs of the restaurant and pick yourself out a patch of sand and you’ll likely have it all to yourself. And we did.

It’s been really hot in Cuba, and both of us were looking forward to the day at the beach, but Lis insisted that we take one photo before we got in the water and I decided that it might be the perfect moment. Here with the beach all to ourselves and a secret surprise waiting for Elisabeth I set up the camera like I always do and had her move around to make the shot just right, but instead of setting the camera on photo mode I switched it over to video and walked back over pretending to be getting ready for the photo.

After hugging her and telling her how much she means to me, and how I’m ready to spend the rest of my life with her I dropped to one knee and asked the girl of my dreams to marry me. She lost it. Heart rate escalating and tears of disbelief she had to be reassured I was serious. She had no idea it was coming and after what felt like forever she got the word yes out of her mouth. It made me as happy as I’ve been in a really long time, and I truly feel that I’ve found the perfect girl for myself. 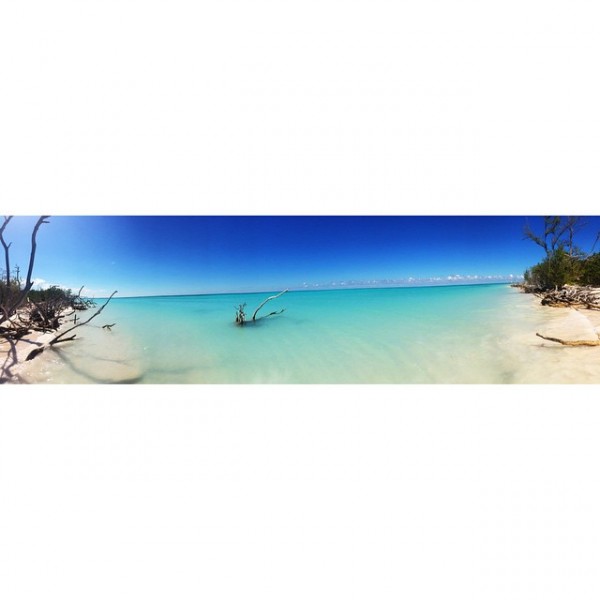 Where we got engaged.

Relishing in the fact that communication from within Cuba is rather challenging all together, we knew the secret was ours for at least a few days. After enjoying part of the afternoon on the beach in the perfect water we walked back around for a bit of food and “dos Bucaneros por favor.” A few minutes after sitting down we actually managed to run into someone we know from Aspen in Melissa, and her brother Michael. Sharing beers and food the rest of the afternoon, eventually our cab driver let us know he was ready to hit the road and so that we did and headed back to town where a giant feast of lobster awaited us. Gladis even managed to procure a bottle of Spanish red wine upon request to celebrate. Stay away at almost all costs from Cuban wine; so bad.

Having arranged for a ride to Trinidad-La Boca the following morning for 8 am, it was off to bed after a great day.