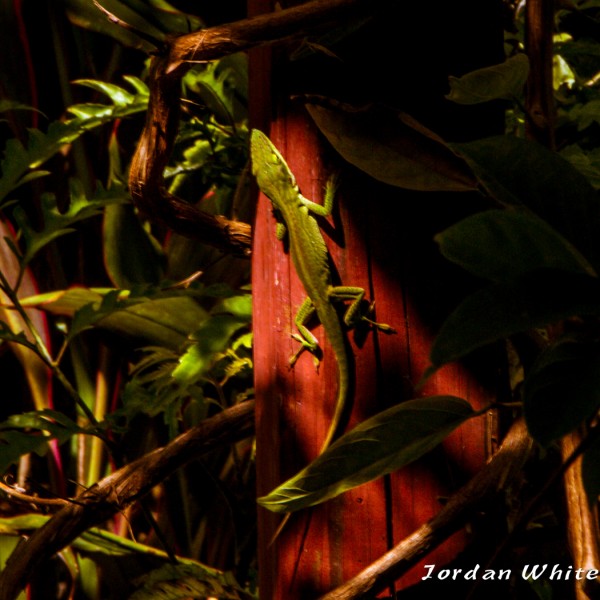 Just outside our room at La Cabana El Rubio. 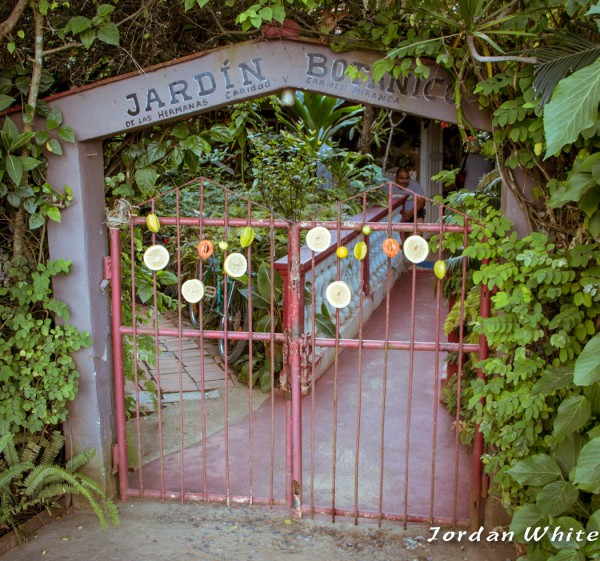 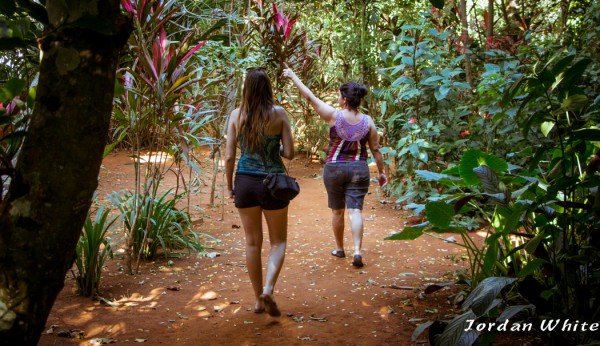 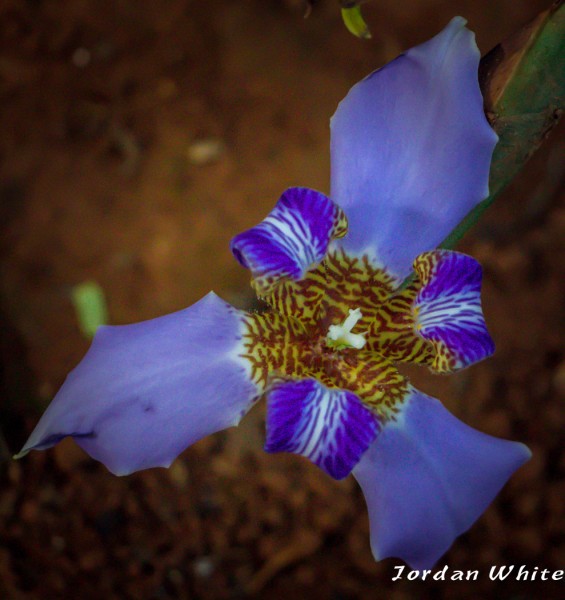 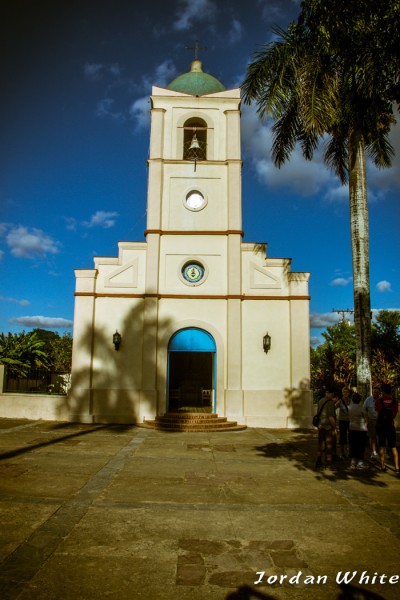 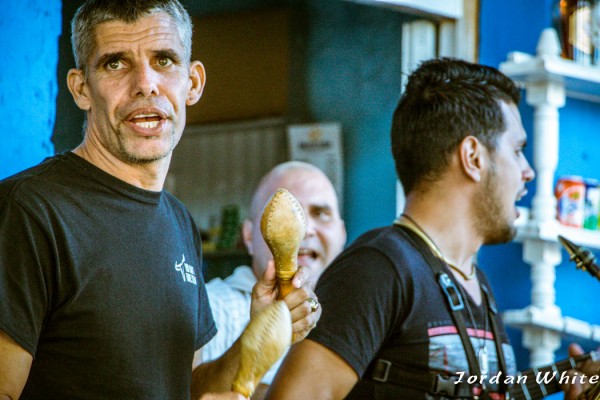 The music, unlike the food is a great reason to visit Cuba. 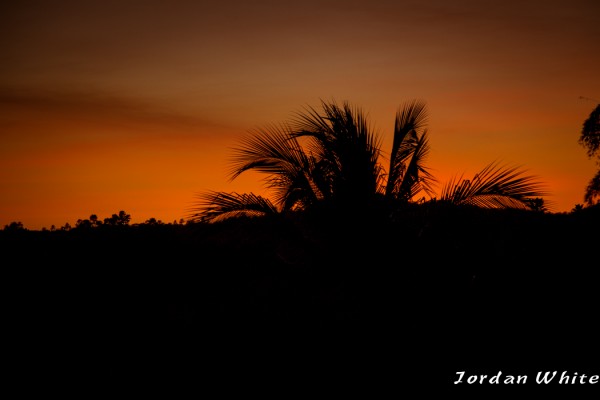 The sun set from our Casa.

Having arranged for bicycles the night prior we woke up and had an early breakfast, which, prepare for yourself for some of the biggest breakfast spreads you have ever seen. We decided to head down to the Mural de Prehistoria, an 120 meter wide face of rock that Fidel decided should be painted. It took 4 years to complete, and I think few artists would call it beautiful or mystifying, much in contrast with the surrounding mountains. Arriving at the gate they wanted a $3 entry fee to come into the area, we decided we had seen plenty from the road, and opted to head further into the park there. 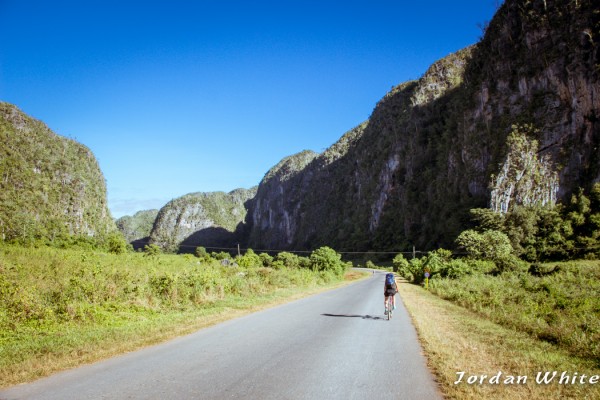 Elisabeth putting the hurt on me. 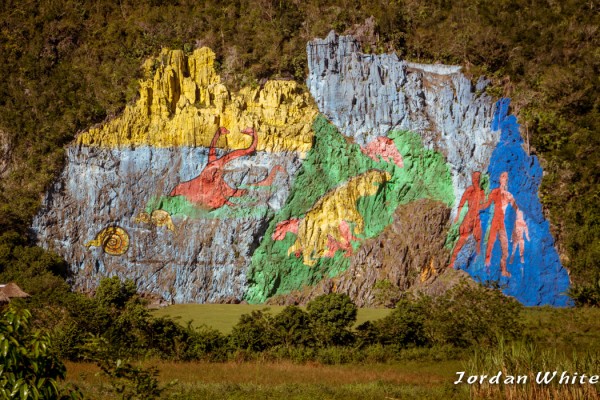 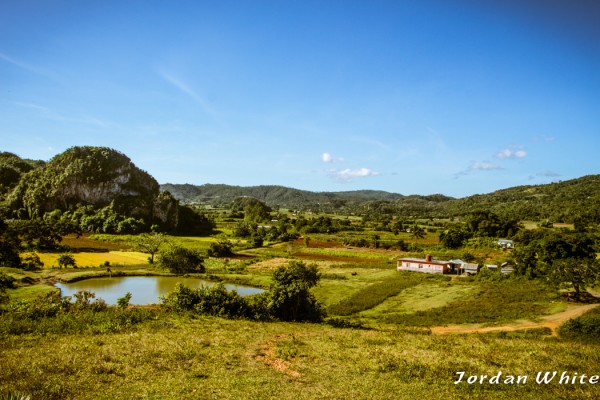 Back at a junction we followed signs for a Mirador (view point) and ended up on a little hill overlooking much of the valley and mountains. We talked to a local man named Mani who was also a guide for the area, and upon asking him how do get to Los Aquaticos (there are no signs) he said it was obligatory to have a guide. Eyeroll, this is starting to be the case everywhere in Cuba, instead of directions, they want to take you. After haggling with him a little bit (something you need to be prepared to get used to), the price was 20 bucks for a hike, pretty expensive by Cuban standards, but daylights a wasting.

Tobacco farms along the way.

Mani lead us through Tobacco, banana, coffee, and rice fields along seldom used trails (though it was obvious a road was leading to the same area). Finally, we started heading up the mountain a little bit and ended up at a house in the middle of the forest that was one of the first to realize a special healing power that the fresh water from the mountain has supposedly. While we sat and talked with her in our broken spanish, the lady and her son crushed a fresh piece of sugarcane into juice, talk about a natural energy drink! 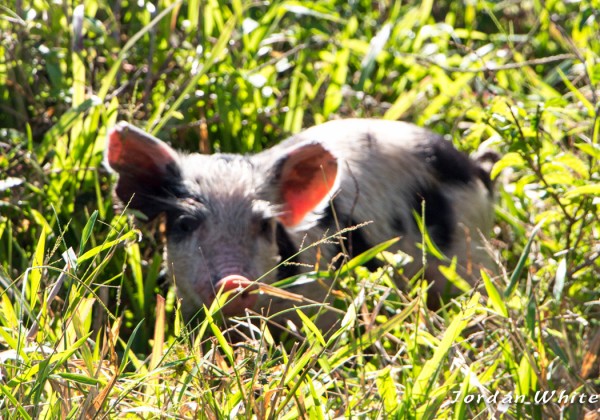 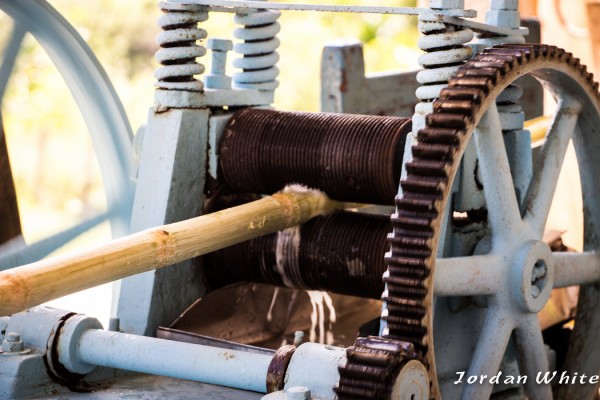 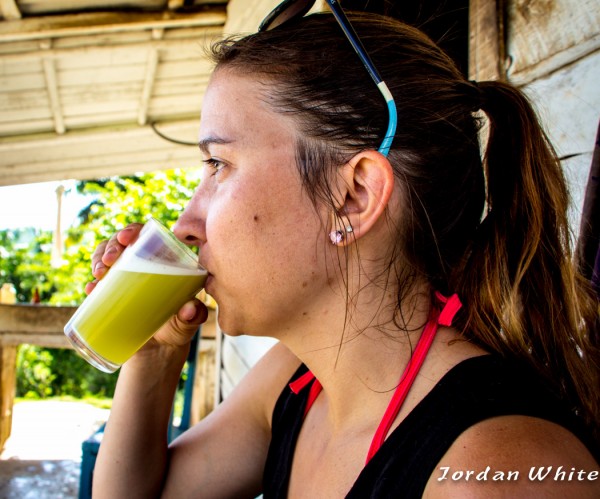 After our little stop over we headed further up the mountain to a small cave with some fresh water coming from underground and had a chance to was our faces and relax in the shade for a few minutes before venturing into the cave that leads to another exit and a trail on the other side. I think for Lis this may have been the highlight. After completing a loop through the the forest and eventually ending up back at Los Aquaticos, we headed back down the trail and retraced most of our steps thorough the fields, I say most because, as is almost predictable as the sunrising is the inevitable stop at another of his friends Tobacco farm. 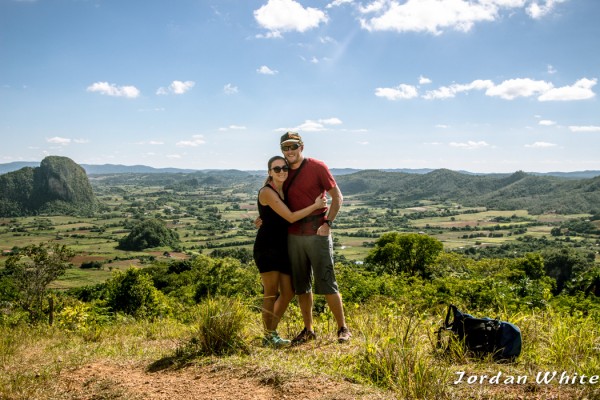 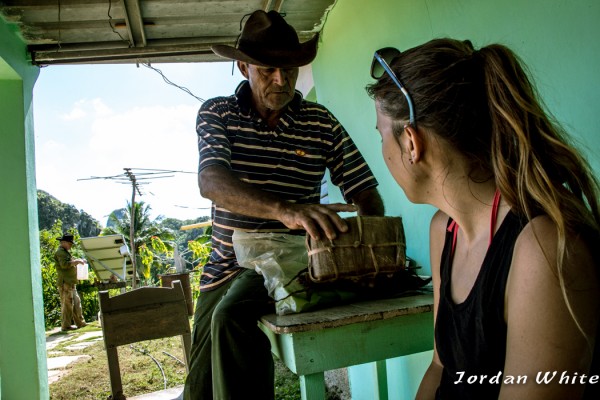 After watching the whole process for probably the 3rd time in 2 days we moved along and back to our bicycles, said adios to Mani and headed back to the main road. The ride back to Vinales was fairly uneventful, though it’s funny passing horse drawn carriages on a bike. Arriving back in town we found ourselves some peso pizzas, which cost the equivalent of $0.19, and despite not being the best pizza in the world they do the trick for a quick lunch. 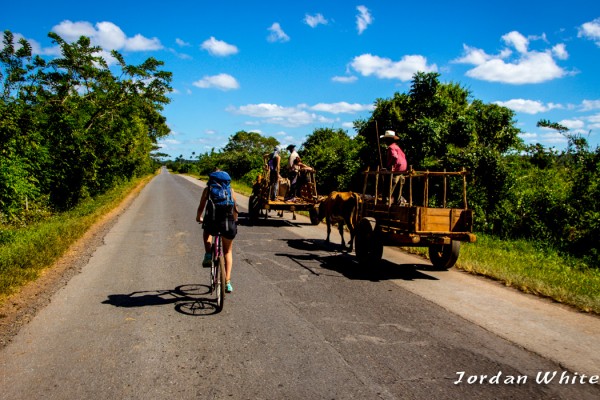 Not the fastest transport.

We hopped back on our bikes and headed north. Our goal was the Cueva de Indio and then on to whatever we might see by bike after that. After about 30 minutes of pedaling and a few big hills we finally saw the signs for our goal and pulled in just in front of a big tour group, every time we pass one of these groups of 10-30 tourists being dragged around the country in a massive bus, it makes us so happy to be trying to figure it out on our own; and we manage to meet many more locals while asking for directions. 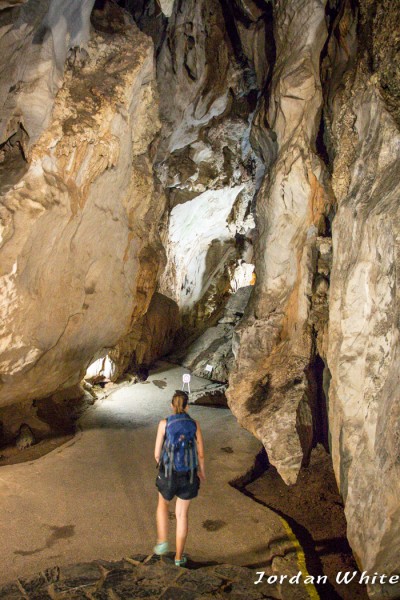 The Cueva de Indio is as much a natural sight as it is amusement park ride with motorized boats bussing us around the in workings of a fairly large cave network. While it was a pretty spectacular sight, I think we both agree that it is perhaps a little bit too easy to explore them this way. Emerging from a different exit than where we started we walked back down the road to our bikes and pedaled north intent on seeing more of the countryside. After about 10 miles we decided that if we wanted to be back without riding in the dark it was time to head back.

By this point we are really missing the chamois’ on the old bike seats and as we peddle up and over the last big hill we see Vinales and the surrounding country laid out below us glowing with the late day sun. It’s not hard to see why people flock here. Peddling back into town we drop the bikes off and head into town in search of some dinner. After looking at most of the menus we settled on a place called El Barrio. This would be our best meal to date in Cuba and I highly recommend the Carne de Cerdo Mar y Tierra. Having made plans for the following day to go explore Cayo Jutias and Puerta Esperanza, we headed home and to bed for the night back at Casa Rubio.