Travel from Havana to Vinales, Cuba

Traveling from Havana to Cuba is a story in itself because nothing ever happens quite how you think it will in Cuba; and if anything this was our first experience as such. It’s impossible to predict how you will actually make it to your destination, though you always somehow get there. The old rumors of it being really hard to get around are long gone if you speak even just a bit of spanish.

After breakfast we were told the bus number to get on to get to the Viazul office south of downtown. Well that didn’t pan out as the bus went in the completely wrong direction before we finally jumped out before it circled all the way back around to where we started. Not a chance that we would make the bus at this point, we still had a taxi take us to the station in case it was running late. It wasn’t, but word was it was already full anyway. There were a couple of people from Denmark sitting there in the same situation and after talking to them we worked out a “taxi collectivo”. It was slightly more than the cost of the bus per person but slightly faster and probably more comfortable in this case. After a bit of discussion between the taxi drivers about whose turn it was, we were ushered to a car, driven about a mile and transferred into a perfectly restored/maintained ’52 Buick. 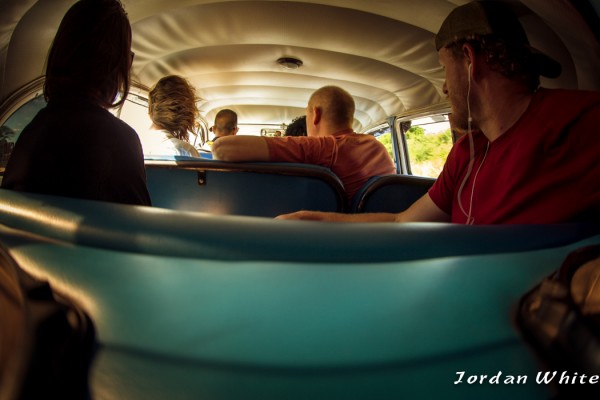 About 5 miles down the road we picked up the drivers wife and mother in law and headed on for Vinales. Many of the old American cars we have ridden in while in Cuba have moved slow and steady, but this was the opposite with a big powerful motor and a driver who wanted to get there fast. We hauled ass down the highway and arrived in Vinales right around 2 hours after leaving Havana including a stop for water in his car; but really so his friend could show us his Tobacco operation, a con we would become all too familiar with. The last few miles were beautiful, driving through farmland dwarfed by the mountains of Northwest Cuba, as we passed hundreds of horse drawn carts on the last miles to Vinales. 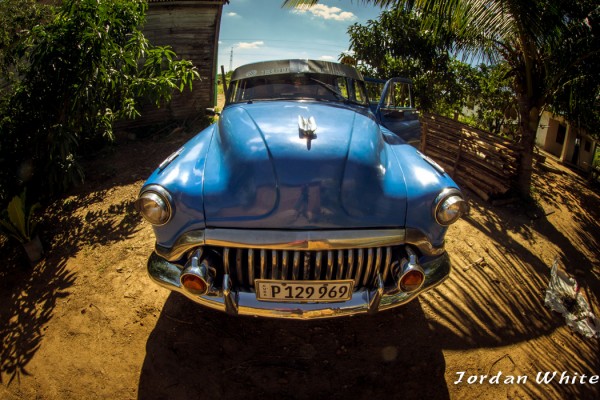 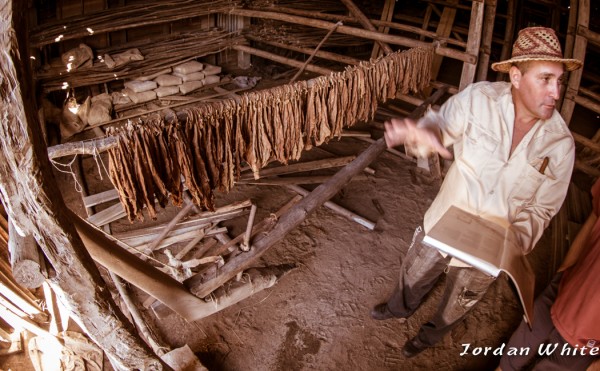 A typical detour to his friends place.

Arriving in the town center we were mobbed by ladies trying to show us their Casa Particulares. We were rather glad we already had one reserved from Magnolia, and a moment after leaving the car we saw a middle aged woman with our name on a sign, albeit upside down. This made the process much easier instead of haggling with the swarm we just followed her to La Casa De Rubio, and this was no mistake, the place was perfect and Rubio himself was a very interesting person to talk to about all things Vinales. Gladis, who seemed to be assigned to our room took incredible care of us, and the lobster was incredible along with the general service; highly recommended! 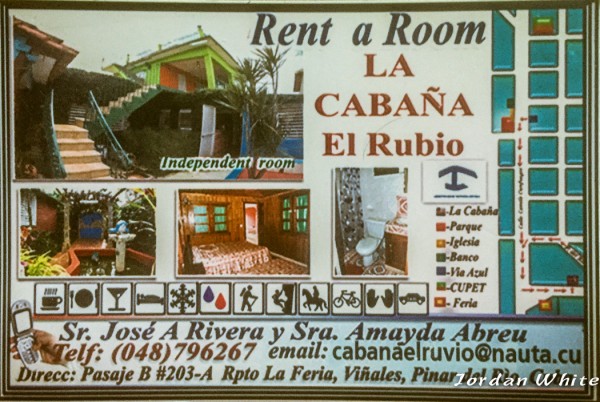 That night/afternoon into night we walked around a little bit in town and eventually landed at El Olivo for dinner. The food is of the Mediterranean variety and a nice change already from the rather bland cuisine of Cuba. After dinner we head home and enjoy the breeze on the upper terrace of the Casa, planning our day for tomorrow.